1983 106 min 56 views
In late 19th Century Hong Kong the British may rule the land, but the pirates rule the waters. One Coast Guard officer is Dragon Ma, who is ...
ActionAdventureComedy

1983 170 min 32 views
After getting a green card in exchange for assassinating a Cuban government official, Tony Montana stakes a claim on the drug trade in Miami. ...
ActionCrimeDramaThriller

1983 92 min 43 views
Unable to find her runaway son, a woman deceives two of her ex-lovers from her youth, a mild-mannered teacher and a tough journalist, that each ...
Comedy

1983 94 min 49 views
The comic mishaps and adventures of a young boy named Ralph, trying to convince his parents, teachers, and Santa that a Red Ryder B.B. gun really ...
ComedyFamily

1983 26 min 45 views
It is an adaptation of the Charles Dickens classic A Christmas Carol, featuring Scrooge McDuck as his namesake and inspiration Ebenezer Scrooge ...
AnimationFamily

1983 99 min 51 views
Clark Griswold is on a quest to take his family on a quest to Walley World theme park for a vacation, but things don’t go exactly as planned.
AdventureComedy

1983 116 min 23 views
A snobbish investor and a wily street con-artist find their positions reversed as part of a bet by two callous millionaires.
Comedy

1983 131 min 33 views
James Bond is sent to investigate after a fellow “00” agent is found dead with a priceless Fabergé egg. James Bond follows the mystery and ...
ActionAdventureThriller

1983 114 min 30 views
High School student David Lightman (Matthew Broderick) has a talent for hacking. But while trying to hack into a computer system to play ...
Science FictionThriller

Return of the Jedi

Watch Return of the Jedi

1983 135 min 55 views
Luke Skywalker leads a mission to rescue his friend Han Solo from the clutches of Jabba the Hutt, while the Emperor seeks to destroy the ...
ActionAdventureScience Fiction

1983 107 min 32 views
The archetypical renegade Texas Ranger wages war against a drug kingpin with automatic weapons, his wits and martial arts after a gun battle ...
ActionCrimeWestern

1983 91 min 38 views
When two poor greasers, Johnny, and Ponyboy are assaulted by a vicious gang, the socs, and Johnny kills one of the attackers, tension begins to ...
CrimeDrama

1983 81 min 26 views
In this animated tale, a tiny village is destroyed by a surging glacier, which serves as the deadly domain for the evil Ice Lord, Nekron. The ...
AnimationFantasyScience Fiction 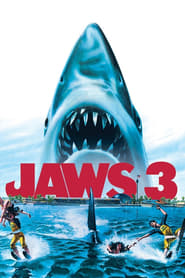 1983 99 min 31 views
This third film in the series follows a group of marine biologists attempting to capture a young great white shark that has wandered into ...
HorrorThriller

1983 88 min 40 views
As the president of a trashy TV channel, Max Renn is desperate for new programming to attract viewers. When he happens upon ...
HorrorMysteryScience Fiction