1981 96 min 42 views
Max Rockatansky returns as the heroic loner who drives the dusty roads of a postapocalyptic Australian Outback in an unending search for ...
ActionAdventureScience FictionThriller

1981 150 min 50 views
A German submarine hunts allied ships during the Second World War, but it soon becomes the hunted. The crew tries to survive below the surface, ...
DramaHistoryWar

1981 113 min 44 views
In the midst of a searing Florida heat wave, a woman convinces her lover, a small-town lawyer, to murder her rich husband.
CrimeDramaMysteryRomanceThriller

1981 124 min 48 views
In this story-within-a-story, Anna is an actress starring opposite Mike in a period piece about the forbidden love between their respective ...
DramaRomance

1981 87 min 38 views
Phillip Filmore is a naive, 15-year-old, preoccupied with sex, who develops a crush on Nicole Mallow, the new 30-something, French housekeeper ...
ComedyRomance

An American Werewolf in London

Watch An American Werewolf in London

1981 97 min 60 views
Two American tourists in England are attacked by a werewolf that none of the locals will admit exists.
ComedyHorror 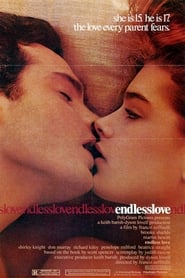 1981 116 min 43 views
Two young kids fall in love with each other. But the passion is too consuming for the parents of Jade. The parents try to stop them from seeing ...
DramaRomance

The Fox and the Hound

Watch The Fox and the Hound

1981 82 min 31 views
When a feisty little fox named Tod is adopted into a farm family, he quickly becomes friends with a fun and adorable hound puppy named Copper. ...
AdventureAnimationDramaFamily

1981 106 min 39 views
John Winger, an indolent sad sack in his 30s, impulsively joins the U.S. Army after losing his job, his girlfriend and his apartment.
ActionComedy

For Your Eyes Only

Watch For Your Eyes Only

1981 127 min 35 views
A British spy ship has sunk and on board was a hi-tech encryption device. James Bond is sent to find the device that holds British launching ...
ActionAdventureThriller

1981 95 min 28 views
A cross-country road race is based on an actual event, the Cannonball Baker Sea to Shining Sea Memorial Trophy Dash, organized by Brock Yates to ...
ActionComedy

History of the World: Part I

Watch History of the World: Part I

1981 92 min 27 views
An uproarious version of history that proves nothing is sacred – not even the Roman Empire, the French Revolution and the Spanish Inquisition.
Comedy

Raiders of the Lost Ark

Watch Raiders of the Lost Ark

1981 115 min 35 views
When Dr. Indiana Jones – the tweed-suited professor who just happens to be a celebrated archaeologist – is hired by the government to locate the ...
ActionAdventure

1981 123 min 34 views
A young woman left her family for an unspecified reason. The husband determines to find out the truth and starts following his wife. At first, he ...
DramaHorrorMystery

1981 99 min 26 views
In 1997, the island of Manhattan has been walled off and turned into a giant maximum security prison within which the country’s worst ...
ActionScience Fiction

1981 87 min 59 views
Five years after the horrible bloodbath at Camp Crystal Lake, it seems Jason Voorhees and his demented mother are in the past. Paul opens up a ...
HorrorThriller

Clash of the Titans

Watch Clash of the Titans

1981 118 min 35 views
To win the right to marry his love, the beautiful princess Andromeda, and fulfil his destiny, Perseus must complete various tasks including ...
AdventureFamilyFantasyScience Fiction