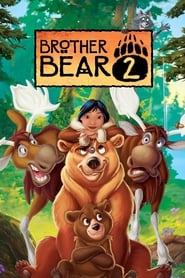 IMDb: 6.2 2006 73 min
Kenai finds his childhood human friend Nita and the two embark on a journey to burn the amulet he gave to her before he was a bear, much to ...
AdventureAnimationFamily

IMDb: 6.1 2006 72 min
Return to the forest and join Bambi as he reunites with his father, The Great Prince, who must now raise the young fawn on his own. But in the ...
AnimationDramaFamily